A Fun Country Slide Lick with a Chicken Pickin' vibe. 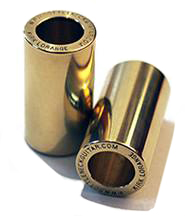 
Here’s a fun slide lick for you in Dropped D Tuning. So, first thing to do is lower that bass string down a whole tone from E to D. Second thing to do is grab your slide and slip it over the pinkie. I have always found the pinkie to be best finger to use, but if you already have your own slide technique going, by all means stick with it. If you’re just starting out with slide however, I do recommend that use the pinkie.

There are two great things about using dropped D for slide. The first is that the layout of your fretboard doesn’t change apart from that one string. Everything else is where it always was: chord shapes and other familiar patterns that you’ve put so much time into learning are still there. The second thing is that that lowering of the E string turns those three bass strings into a ‘power chord’, not a term I like to use, but that’s what they’re called. A power chord is a chord without a third. A basic major triad consists of the root, third and fifth of the scale — the old 1-3-5. Power chords are just the root and fifth — 1- 5. In dropped D tuning you get two roots and one fifth — 1 – 5 – 1. No third, which means that you can play the ‘chord’ (it’s not really a chord) against major and minor chords. This come in very handy. The fact that they’re in the lower register makes it even better as they always sound good down there underpinning it all. The three notes, of course, line up across the fretboard so that when the slide is applied, they all ring out together as the power chord. You can hear how it all sounds in the video.

This lick has a country ‘chicken pickin’ vibe to it, a fun one to play as it’s a blend of normal playing and slide playing. Moving between the two styles, once you get it down, is a whole lot of fun. There are also hammer-ons and a ‘slide pull-off’, a little staccato chord (which is another 1-5-1 power chord one octave higher than the open bass strings). So, a lot of elements to weave together. The trick, as always, is to weave them in a musical fashion so that the whole lick flows along.

Practice the muting aspect! Take the time to train those fingers to automatically mute out strings that are not in play. It will seem impossible at first, but you can I’m doing, so therefore you can do it too. It just takes time. Also, intonation. Take as much time as you need to learn how to stop that slide from sliding when you hit the required pitch. The exact spot on the string is directly above the fret wire, not behind the fret where you normally put your finger tips.

As well as putting together these guitar licks and lessons, I am also the author of PlaneTalk - The Truly Totally Different Guitar Instruction Package, which teaches a mindset, a way of thinking about music and a way of tracking it all on the guitar fretboard. Yes, there IS a constant down there in the maze of strings and fret wire, a landmark that points to everything at all times. I call it The Easiest Yet Most Powerful Guitar Lesson You Will Ever Learn and many testimonials at my site will back up that rather superlative description. If your goal as a guitar player is to be able to truly PLAY the guitar, not just learn by rote; to be able to invent on the fly, not memorize every note; to be able to see the WHOLE fretboard as friendly, familiar territory, not just the first 5 frets and to do it all without thinking about all those scales and modes, then you should read more here.